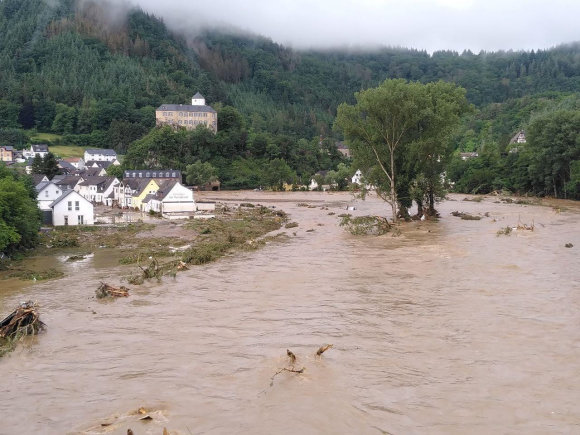 Recently, there has been an increase in extreme weather events and disasters. As this becomes our new reality, it’s critical to work toward building climate resilience and develop ways to adapt. This is especially true for regions across the globe that are most vulnerable to the effects of climate change, like Bangladesh.

Heat waves, forest fires, and smoky skies have been bombarding residents of the northwestern United States all summer. In June, heat waves in the Pacific Northwest exacerbated wildfire concerns. This record-breaking heat poses a huge fire threat, especially for a region already facing drought conditions. Warmer and drier conditions are causing longer fire seasons marked by more frequent and intense wildfires. Hot and dry land is also less likely to be successful at regenerating after fires. As wildfires become more severe and harder to control, the land they destroy will stay barren for longer than in the past.

We’ve already started to witness worsening wildfire seasons. Many have heard of the historic Dixie fire, which began mid-July. It’s now the second-largest fire in the modern history of California. The fire has displaced thousands and decimated entire towns, in total devastating over 600,000 acres. It even burned all the way across the Sierra Nevada Mountains, a first in wildfire history, and is continuing to grow and rage on.

Elsewhere, extreme weather in Europe has caused violent storms and flooding. Images of the destruction wrought in Germany in July shocked many, and the death toll incurred serves as a stark warning. A warming climate means more intense rainfall and storming across the globe, and one of the areas most vulnerable to this is Bangladesh.

Intense monsoon rainfall caused flash flooding and landslides that displaced over 10,000 Rohingya refugees near Cox’s Bazar in July. Climate change in South Asia has already forced over 18 million people to migrate. This number could climb to 63 million by 2050 according to estimates

Worsening monsoon conditions as a result of climate change will contribute heavily to this displacement. Global warming is making the monsoon season in  South Asia wetter and more unpredictable, meaning extreme downpours will become more frequent. This poses a huge economic threat. Farmers often structure crop growth around the monsoon season. As it becomes more intense and erratic, it will hurt the economic livelihood of farmers and communities.

The Intergovernmental Panel on Climate Change (IPCC) has asserted that the occurrence of these so-called “extreme weather events” will increase as the impacts of climate change become more palpable. They will continue to harm countries and communities across the globe. Countries like Bangladesh are more immediately vulnerable to the risks, due to the geography of the region, the nature of the economy, and lack of adequate infrastructure.

It’s imperative to focus on building climate resilience and adaptation. A model for this could be the climate work done by Mercy Corps, a global non-governmental organization working to provide aid in the face of current global crises. In Puerto Rico, Mercy Corps worked with local communities to build community resilience hubs. They helped equip these hubs with emergency kits, solar energy, and water storage to support people during and after climate disaster events and associated stresses. These community centers also provide training to community members. Their goals include educating the community in disaster preparedness and community risk mapping, a strategy to help identify and support communities that are most vulnerable to disasters.

Developing similar centers in Bangladesh could help support vulnerable communities in the face of extreme weather events. Such centers signify a way to improve infrastructure in the places that need it most. Above all, these would present an opportunity to build resilience and provide resources to grapple with the potentially devastating impacts of worsening climate conditions.

This is a pivotal moment in our response to climate change. We must adapt to the reality we live in, or face the wrath of heat wave-induced fires or dramatic monsoon rains. Resilient infrastructure and adaptive measures are paramount to reducing climate suffering and distress, especially in vulnerable communities and countries like Bangladesh.

(Featured image for the post is a photo of the Ahr flood in Altenahr, Germany, July 2021)